A trailer is soon expected to release for Alex Hunter, the journey is yet to be named as The Journey: Champions League. beloved Hunter will play for UEFA Champions League this year in FIFA 19.

The star is widely appreciated by top stars of Football. Alex Hunter after playing with Atletico Madrid has saved his Manager Dino’s job and got them the La Liga Santander (My journey). He has already traveled heights with Leicester City in the 2016-17 season and was the reason why they have won the second consecutive Premier League. Due to rumors with Real Madrid move and the infamous “Shirt Swap” with legendary Cristiano Ronaldo, he was heavily speculated to move to Real Madrid but keep in mind that the kid is just 19 and was too young to handle the Spanish Giants. At the same time, several English Premier League clubs including the giants Manchester City and Manchester United were ready to take in Alex Hunter, however his contract clause read that he cannot sign for another English club for the season.

Later when the rumors waved off, the unfortunate truth was that the rumors were just that, rumors! Alex Hunter was rejected by Leicester City and they offered him to join the Youth Team and progress his way up to show his loyalty again. Remember, he already showed the world that he is the reason for the top goal scores along with Jamie Vardy who was the second that season. Hunter then moved to the U.S where the paparazzi found him hanging out with Thierry Henry.

Hunter’s time with the LA Galaxy has landed him quite the opportunity where he was then offered by top clubs including Bayern Munich, PSG and Atletico Madrid, Hunter choose to play with Atletico Madrid because he always wanted to test his capability and chances with the Spanish giants, as a result, he was the top goal scorer alongside Antoine Griezmann, Ronaldo, Lionel Messi and Luis Suarez. However, he is hungry for more. Since the infamous shirt swap, he always wanted to do join Royal Madrid to compete with and alongside Cristiano Ronaldo and his dreams may come true. Since winning the UEFA Europa League, Atletico Madrid are qualified for the UEFA Champions league, however as Diego Simeone feared once, he is there not to stay but to prove that he is Real Madrid standards. If this the case, we soon can see Alex Hunter in Real Madrid colors. With three consecutive Championship victories for Real with Zidane, Real will be heading to the next UEFA champions league with a new manager, Julen Lopetegui. Since the last transfer Window, Real has loaned out James Rodriguez but has not signed anyone and signing Alex Hunter would be a great addition to their attack.

So the ultimate question is not if Alex Hunter will play the UEFA Champions League, it is obvious but the real question is with whom. What do you think, will he be playing with Griezmann or Ronaldo? Since Griezmann has extended his contract until 2023, would they be able to afford Alex Hunter’s retention as well? Would history repeat itself?

Alex Hunter is a fictional character created by EA Sports for their The Journey Mode. Alex Hunter’s The Journey will return for the upcoming FIFA 2019 release. 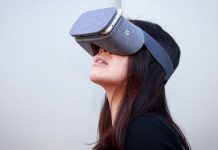