As we all know, Google has announced that they’re entering into the gaming market. They are ready to jump into the game streaming business. PlayStation Now is a popular service from PlayStation where you can access most of the PS3 library as well as PS4 library. This fills the void of non backward compatibility problem for the PS4. Xbox Game Pass deals with similar services except you can download and play the games instead.

Google however has been in talks with major game developers in reference to a new paid subscription release soon. This surely will cause a nuisance to Sony and Microsoft if they are looking to expand into the AAA territory.

Google is a huge company indeed and they can keep their paws into major companies and if you think of it, they wouldn’t need a paid subscription service for the weak Android library. Android games are a bunch of adwares and rip offs of other amazing games. Don’t believe me? Just type Minecraft and you’ll get a list of Minecraft rip off games that tries to be something that they’ll never be. I am not a huge fan of gaming on my mobile phones but if I want to play Minecraft, I’ll choose PC over a portable device any day.

Android Games are not something that Google will be looking forward to for Yeti is what experts think. We all know that Microsoft and Steam merger is in the works as well so it is safe to say that there’s a lot going on between the industry of gaming.

As much as the idea of cloud gaming is intriguing, it’s going to be a flop and hardware won’t be important if these games can run flawless only if latency is not the issue. What do you think? Do you think Google Yeti has the potential to be a competitor for Sony, Microsoft, Steam and Nvidia? Let us know in the comment section. 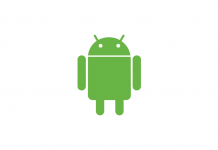 Mobile Airbag is actually real and here’s what we know about...