Think this thought is ludicrous? Not really, even the CEO of Polyphony Digital (Developers of Gran Turismo series) Kazunori Yamauchi expressed that they are ready for PS5 8K for their future games in a recent interview.

As you know that PS4 PRO now supports 4K resolution alongside Xbox One X, this is an interesting point to the discussion. When PS4 was released, PCs were already capable of 4K and everyone from the Master Race said that PS4 will never be able to do that, Sony’s answer to this was the PS4 PRO. It supported 4K with hardware increasing its capability. It still doesn’t match the PC standpoint but it is possible now. Same goes for the Xbox One X.

The takeaway from this chapter is that when gamers want the graphics to be up, companies do that and they’ve to stay in the market. The next generation consoles we used to call are now current gen including the powered 4K ones.

Sony has recently announced that they’re leaping into 8K territory. They are ready to release their 8K TVs soon and soon, many companies will follow this 8K television trends. Our pattern recognizing human brains can’t stop to match these two events and here we are now discussing this possibility. The PS4 PRO would run like a charm in these new televisions but doesn’t that sound odd? I mean, it might be just my friends but when I have a 4K TV and just the PS4 Slim, people tend to ask, “why didn’t you purchase PS4 PRO since you’ve a 4K supported TV?”. These conversations will surely carry forward in this new 4K/8K trend soon.

Hint 3: Developers are ready to upscale their quality:

This article is definitely not partial when it comes to games, we all are gamers and we love to game in our own ways but it is obvious that PC always beats the race and this is obvious, however that adds a pressure to the game developers. We all know infamous graphics downgrade and many more from famous developers like Nvidia and all of this was because of hardware limitations on the last generation consoles.

This might also be something that continues as a trend. When PCs are ready for 8K and if the consoles are not, then it will surely be a repeat of graphical downgrades. Nvidia and ATI are constantly releasing powerful GPUs that top even the next generation consoles, to stay in the visual appeal business, consoles will surely upscale to 8K.

Does human eye pick up 8K?:

Okay, I kept this topic for the end. The reason for that is because I hate being a spoilsport. Trust me, you’re going to be a bit disappointed. There are topics that discussed if a human eye can pick up 4K and see the difference, if this is being said, what would 8K differentiate other than being a number upscale. Facts including Angular Distances can play a major role here.

Remember the bit wars? 8bits/16bits/32bits and finally 64bits. We did not know what these numbers did but one thing that we know was that the graphics were getting better and that’s all we cared for. Perhaps the same psychology can be applied here.

As time progresses, games are becoming more and more part of our lives. 8K is something that will surely improve little details that we love in our favorite franchises such as Grand Theft Auto, Elder Scrolls, Tomb Rider, Horizon and many more up scaled to 8K. Only time can tell.

We started from literally two lines and one dot fighting for an eternity to games that makes us shred tear and make us enjoy little moments. It gives us goosebumps and it gives us a reason to forget that we exist in our real world and move in to realms of places like Skyrim, Capital Wasteland, swim in Chotla River and fight many monsters. Games has become everything to us and what lies ahead is a technology that we surely are going to enjoy 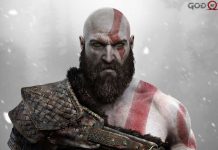