Poverty is one thing but my dad always say, you need shelter more than you need food. This makes sense because after all, needing a safe place to sleep was a priority of our cave dwelling ancestors. Since the industrial revolution, this has become a luxury, own house and has increased demands for a lot of people to work hard for their own homes.

Before you wonder if this is true, it has already been done by ICON and they have already completed the demonstration of this beautiful house printed within 24 Hours. This technology puts us to a whole new level as a species. The machines will be fed with blueprints and the whole house gets constructed following the rules.

3D Printing as many think is the future of humanity. More than 1 Billion are estimated to be homeless and this would be a great invention to solve this problem. The first hourse was $10,000 but ICON is optimistic and said that their future houses will be priced around $4000 and this can solve most of the homeless problems in the world.

3D Printing also has also helped in building limbs for the needy and has helped the blind to view photographs. This added feature in 3D printing will be a great addition to the list of miracles that the 3D printing can do.

A schematic will be uploaded to the machine and the machine will follow the pattern that is uploaded to complete the 3D model. This is an amazing piece of tech that will surely change the future. Also, the added advantage is the quickness of the whole process. Humans and human intervention takes a long time to achieve and at least two months to do what this can do in 24 hours of time.

Also one needs to understand that this is would be more than just than a technology for building houses, prosthetic limbs or 3D photos which will be used by the blind people to touch and sense.

ICON’s first set of houses will be rolled out for $10,000 but the prices are expected to drop down to $4000 and less depending on the demand and the availability of the technology itself. So one has to give space for an understanding of this tech and its potential for a beautiful future ahead.

What do you think? Do 3D painting change the way we look at printing? Personally I don’t think calling this printing does justice. This is more than printing, this technology is changing lives at a faster rate than one would think. Let us know your thoughts in the comment section below. 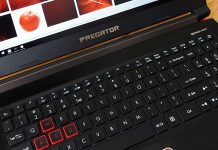