Things are looking good for Facebook users as Facebook has recently announced that they will no longer share their information to third party advertisers. This is huge because it has created backlash few ago with this news from Facebook.

This is concerning, as mentioned a company can easily lose all your information and a hacker can steal all phone number and email address when they hack them. This has been done many times and many companies and major companies like Sony lost millions of passwords by an alleged attack by North Korea due to the movie The Interview. This movie has gotten Sony to be hacked by Lazurus Group of hackers and their bunch called Guardians of Peace (GOP) to hack all Sony’s information and records. They have release few movies ahead of schedule and millions of passwords from PlayStation and other services. This also means their PlayStation wallets and credit/debit card information.

Targeted ads are a new thing. One advertisement can follow through bunch of websites and this is prominent. Open Amazon and search for a product, the product advert will follow you through many websites and this is rather annoying but also threatens with the level of privacy you have when using Facebook.

The recent news of sharing information to advertisers created a huge cry for stopping such activities from Facebook and in response to that, Facebook confirmed to TechCrunch that this is not a temporary defuse but rather a permanent solution in the right direction.

“We want to let advertisers know that we will be shutting down Partner Categories. This product enables third party data providers to offer their targeting directly on Facebook. While this is common industry practice, we believe this step, winding down over the next six months, will help improve people’s privacy on Facebook.”

Facebook or any website, it is inevitable to stay anonymous when it comes to social media. Well, it depends on where you standpoint and create your line. Panicking doesn’t help and there is no point of crying over spilt milk. Facebook also has lots of advantages but there are some major concerns on privacy. Anonymous has threatened Facebook once about these problems and this is when I was kid, I guess certain things won’t change no matter what. What do you think? You think this is going to change anything? Let us know! 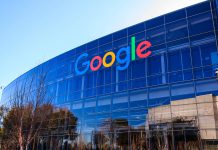